Manchester United interim manager Ralf Rangnick has declared that captain Harry Maguire would remain with the club until at least the end of the season.

During the reign of previous manager Ole Gunnar Solskjaer, Maguire was elected captain of the Red Devils.

However, following a string of disappointing performances, both individually and collectively, there have been speculations that star striker Cristiano Ronaldo may remove the armband from Maguire.

Rangnick, who was set to speak at a press conference on Friday, weighed in on the rumors, saying, “Well, to begin with, I must state that this is simply rubbish.”

“I have never discussed a hypothetical change of captaincy with any player, and Harry [Maguire] is completely aware of this, as are Cristiano [Ronaldo] and all the other players.”

“I’ve never had a problem with this.” Because I am the one who selects who is the captain, there is no necessity for me to discuss it with anyone else.

“Harry is our captain, and he will remain so until the end of the season, and there is nothing further to add.” 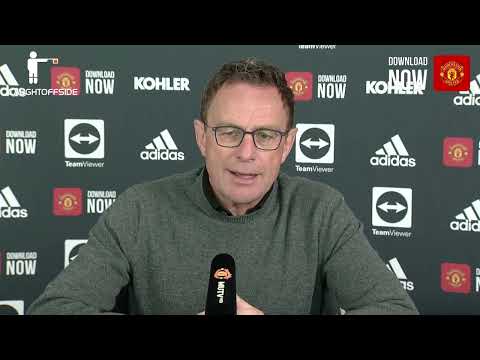